It’s official: despite Michael Frith achieving a kind of Muppety perfection in The Perils of Penelope, the Debatables commenters decided that Barbara McClintock is more deserving of the coveted Caldecott Medal.

Normally, I’d deliver a “FOR SHAME!” to those who voted against my pick, but I can’t muster it, because McClintock is very much deserving of the honor.

On a sort-of related note… illustrators are awesome, aren’t they?

Below are three of my all-time favorites:

I’m sure you have a few favorites, too.

So do me a favor. If you see some picture books that make you say “Yowza!”, don’t sit by passively and hope the illustrators will get Caldecotts.

Seek them out. Give them your love. Let them know that their artistic efforts left an impression.

Because, let’s face it, a great illustrator deserves all the kudos he or she can handle. 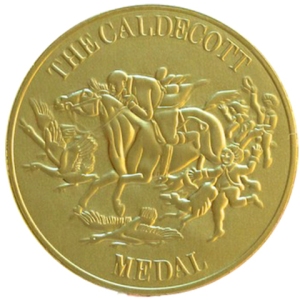 Hi everybody! It is time once again for Debatables, the monthly column where esoteric kid-lit questions are argued with way too much passion!

My Debatables sparring opponent is, as usual, my colleague, friend, and collegial frenemy, Cricket Muse.

So! On to this month’s topic:

Which Overlooked Illustrator Most Deserves the Coveted Caldecott Medal?

And I have chosen the fluid pen of Michael Frith. 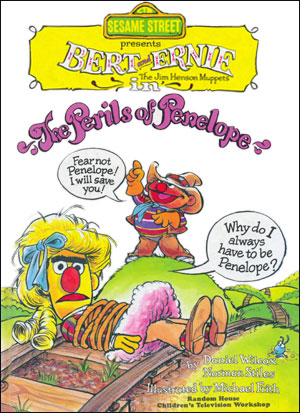 So! Let’s get started! Cricket, take it away!

I am stunned to discover Barbara McClintock has yet to receive a Caldecott Medal. She has at least forty amazing books to her credit, and yet zippo zilch for the Caldecott. What? Why? I could go on profoundly about her attention to detail, her ability to bring humor to the scene, the fact that she is self-taught, that her books are entertaining and informative, but I have to think Caldecott Merit requirements and not overall distinction. So, I will concentrate on one of her books. That would be Nothing Stopped Sophie: The Story of an Unshakable Mathematician.

Sophie, published in 2018, written by Cheryl Bardoe, is illustrated by the very capable McClintock. It’s a marvelous picture book biography about the little girl from long ago Paris who defied social expectations and overcame so many obstacles to stick with her dream to become a mathematician. Bardoe’s text is wondrous—it really sings. YET McClintock’s illustrations are genius. They absolutely burst off the page in colorful, glorious excitement. Numbers joyously bounce all over. Bright, detailed double spreads expand Bardoe’s story to inspiring heights of appreciation for Sophie and her dream.

Barbara McClintock has been overlooked for too long. Her illustrations for Sophie solidifies her contribution to children’s literature and highlights her capabilities and meet the criteria in many ways: excellent quality, conspicuous excellence, most certainly distinct. So, c’mon Caldecott folk, wake up, and let’s get that medal properly acknowledged for Barbara.

The best way to determine your favorite book illustrator is to subject his or her work to an experiment I call “The Basement Flood Test.”

Imagine that all of your beloved children’s books are packed away in your basement. A hurricane sweeps through town and turns this reliably dry basement into an indoor swimming pool.

What would be the first book you’d rescue from the rising tide?

As you’ve probably guessed, I was subjected to this test for real—and the first book I lunged for was the Bert and Ernie saga The Perils of Penelope, largely because I found Michael Frith’s illustrations to be a feast for the eyes. As far as I’m concerned, Frith is the only artist who can properly depict Muppets on the printed page. His designs have whimsical, cartoony appeal. His Bert and his Ernie are far more dynamic and expressive than their felty doppelgängers, but they never, ever lose their quintessential “Muppetishness.” 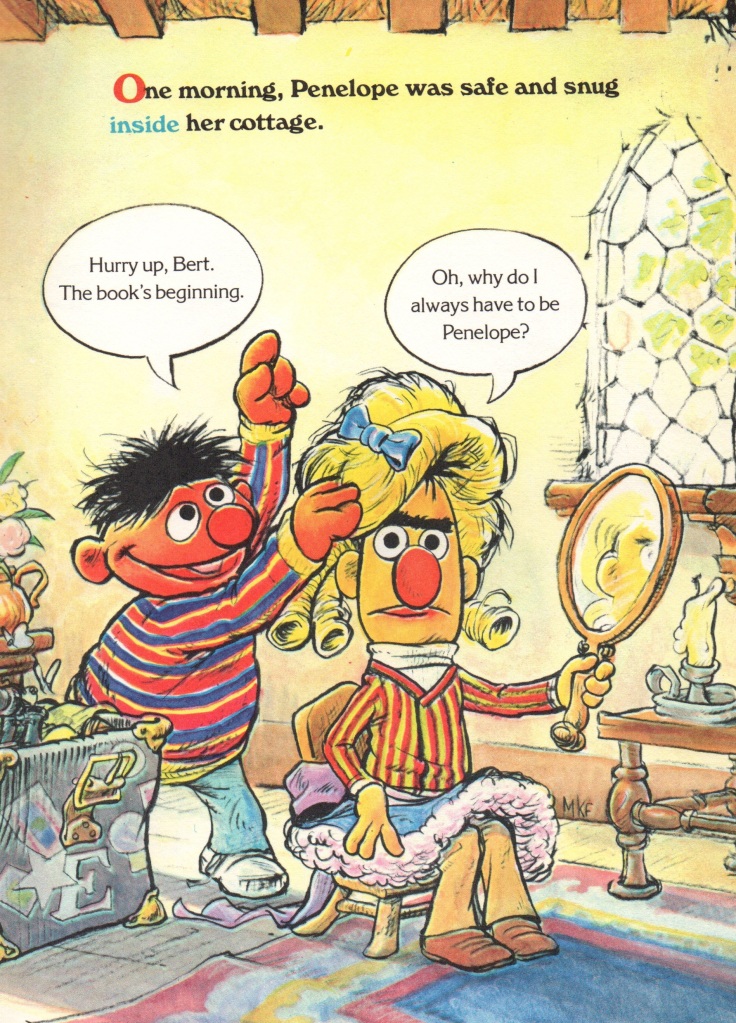 Frith understood Muppets inside and out—literally. For decades he worked alongside Jim Henson as a Muppet designer. But his talents extend well beyond Muppets; he also served as the editor-in-chief of the Dr. Seuss imprint Beginner Books, lending his artistic talents to Because A Little Bug Went Cachoo!, Prehistoric Monsters Did The Strangest Things, and many other titles, adjusting his style to best reflect each book’s subject.

And yet, Frith have garnered no significant awards for his work! It’s an oversight that feels almost criminal. Come on world! I rescued this man’s book from a flooding basement! Surely that must account for something!

While Mike’s Basement Flood Test is a commendable measurement of appreciating illustrative merit, it is unfortunately not part of the Caldecott standards for excellence. It would be difficult to argue against an artist who captures the essence of Muppet; however, is Michael Frith’s work distinguished by Caldecott definition? That’s the real issue. Is it marked by eminence and distinction? Is there excellence of pictorial interpretation? Perils of Penelope is fun, kids no doubt enjoy Bert and Ernie, yet the illustrations must distinctly resonate to pass Caldecott muster. 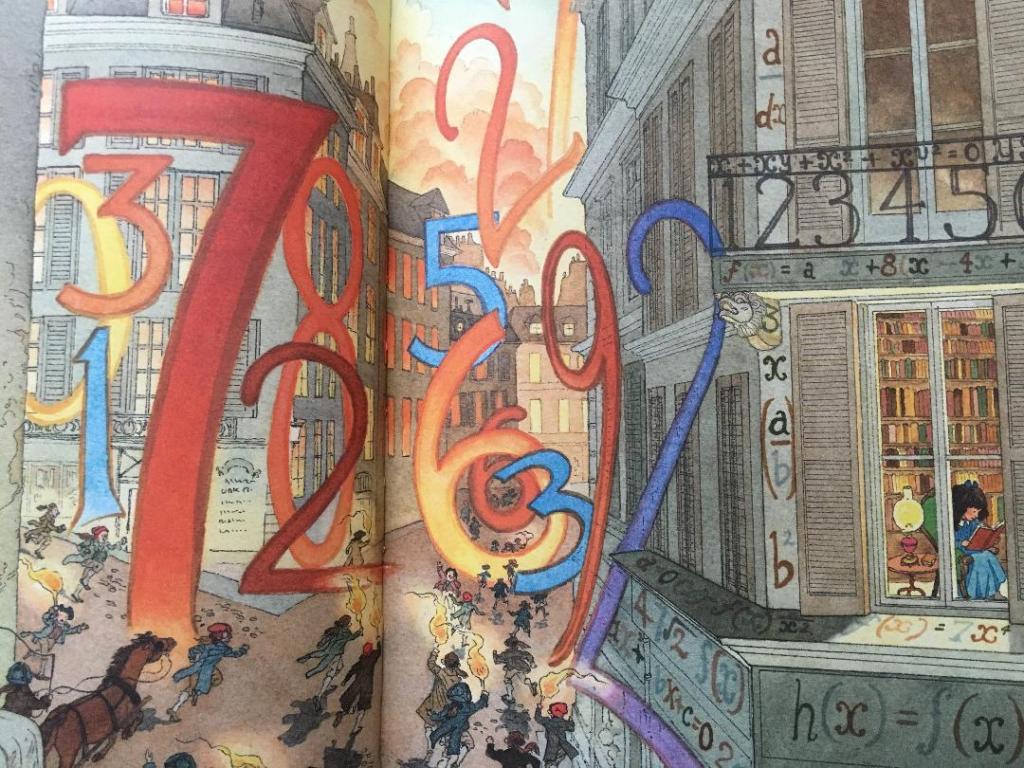 In point, Barbara McClintock’s illustrations leap and cavort off the page. She captured Sophie’s persistence to become a mathematician through innovative and imaginative rendering with lively, colorful detail. She captured how essential numbers were in Sophie’s life. Now, that is distinctive interpretation. Mike, the Muppets are great, but you can’t deny McClintock’s numbers add up to a Caldecott winner.

I like Barbara McClintock’s work very much—but she and Frith illustrate very different kinds of books. It’s like comparing apples to oranges, right?

Actually, no! McClintock illustrated Muppet books, too! And when she goes head-to head against Frith on this level battlefield, the winner is beyond obvious. 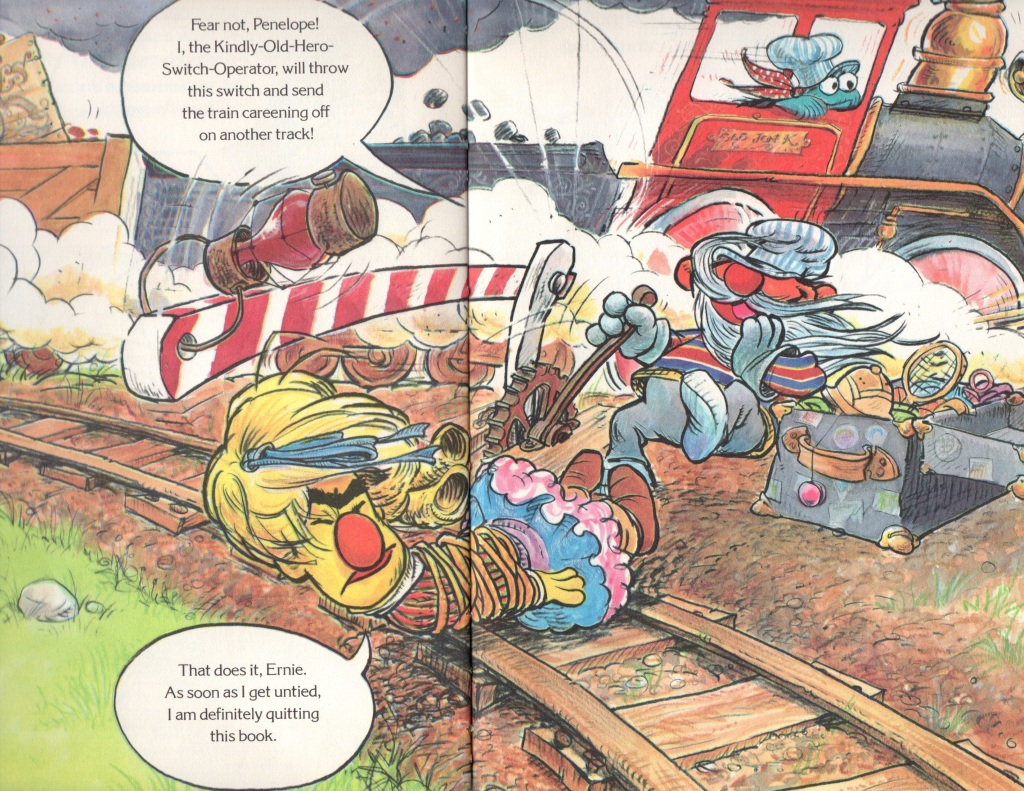 Artists who place an emphasis on comedy don’t get the respect they deserve. This is certainly true when it comes to selecting Caldecott honorees. Frith’s books might not feel as important as McClintock’s, but his characters have an appeal that that hers often lack. McClintock’s books are easy to admire and beautiful to look at, but her Sophie, Fraggles, et.al. feel a little too formal and a little too stiff for readers to connect with them emotionally.

My argument for Frith, I think, can be summed up this way: His talent makes me invest in his characters.

And that’s the debate! Who made the best argument? Which of your favorite illustrators most deserves a Caldecott? Leave a comment and let us know. Let’s get a conversation started! Let’s get the Caldecott jury to right some wrongs! WOO!

Cricket and I are debating again!

And, well, I’m a little worried about my opponent this time around.

I think the poor gal has gotten somewhat addled.

If I asked you to name the Most Influential Young Adult Book Series of all time what image immediately springs to mind?

Yup. You guessed it: This guy.

Well Cricket disagrees. She says the most influential YA Series is The Hunger Games.

Don’t ask me why.

For THG to be the most influential, you’d have to ignore that fact that Harry Potter came out more than a decade before THG. Or that HP produced a septet of books to THG’s three. Or that HP spent an entire uninterrupted decade on the New York Times Bestseller List. Or that HP led to midnight book release parties and lines around the block. Or that HP spawned a bazillion merchandizing tie ins. Or that HP singlehandedly changed the children’s book publishing industry as we know it. Or that geeks across the globe are actually skipping around on brooms playing honest-to-God games of Quidditch.

Cricket is a lovely person, but she has a bad habit of believing Alternate Facts.

Anyhoo, the debate can be found on Cricket’s blog. Head on over, read our arguments, and chime in with your opinion! It’ll be fun!